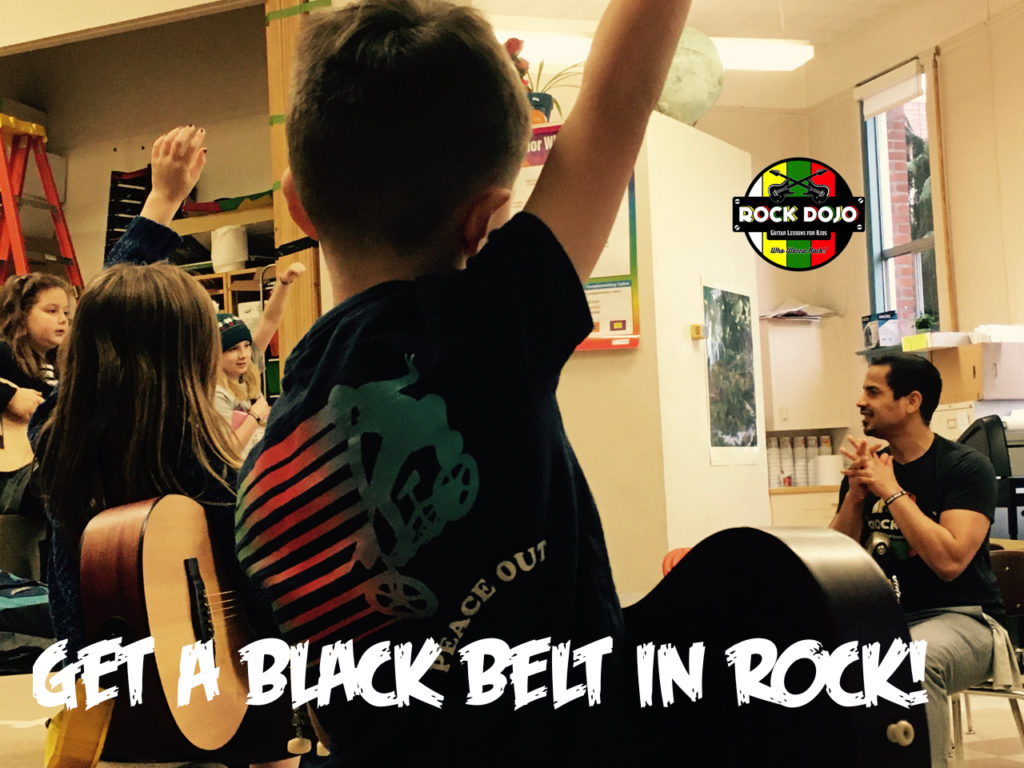 Welcome to our latest series of free guitar lessons for kids. Over the last five weeks, you learned how to play a handful of guitar chords including the E, A, D, G, & C chords. Over the next five weeks, we’ll teach how to combine those basic chords with common rhythmic patterns to create chord progressions that rock!

If you need a quick review of your first five guitar chords for kids before moving on to chord progressions, then you can access those lessons using the links below:

As with all of these free guitar lessons, feel free take your time reading through the material. In the process, you’ll increase your knowledge of music theory and gain a better understanding of how music works and why your favorite songs are so dang catchy. On the other hand,  you can also skip straight to the video lesson at the end of this blog post if you prefer to dive right in!

What are Chord Progressions?

What’s up with the Roman Numerals?

If you’re unfamiliar with Roman numerals, here’s a quick refresher:

When reading chord progressions, it’s also important to remember that:

And Finally, the I IV V Chord Progression in the Key of A

It’s time to take all that knowledge and play some music. For this lesson, we’ll take the I, IV, V chord progression in A major. Those chords are A, D, and E major. We’ll keep things easy with whole notes to create an easy-to-play and musically-pleasing guitar chord progression for kids. 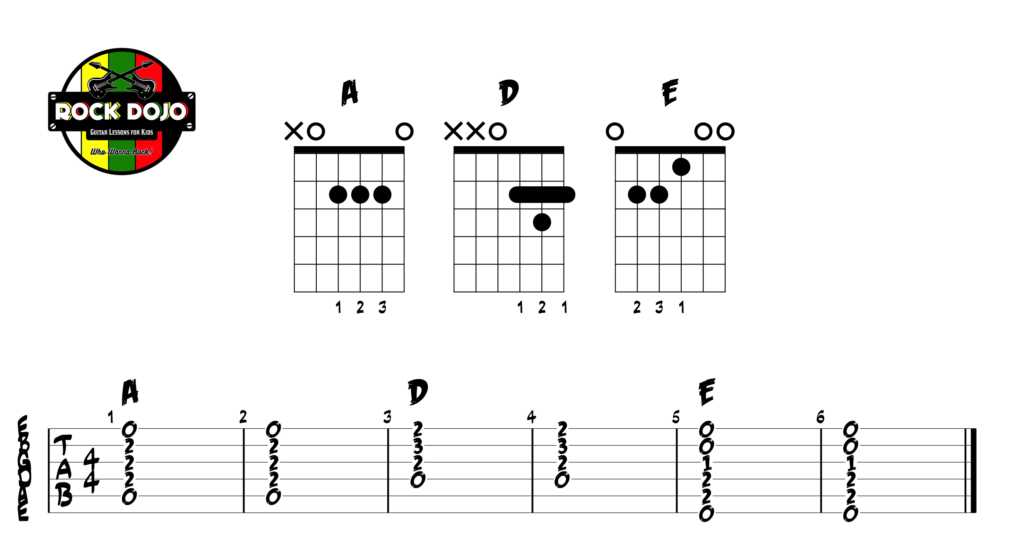 Your Kid Can Get a Black Belt in Rock!

Next week, you’ll learn how to create some cool variations with these three chords along with an easy rhythmic pattern to make it sound even better! In the meantime, you can contact us on the Rock Dojo Facebook page if you have any questions!