Your First Five Guitar Chords for Kids: A Major 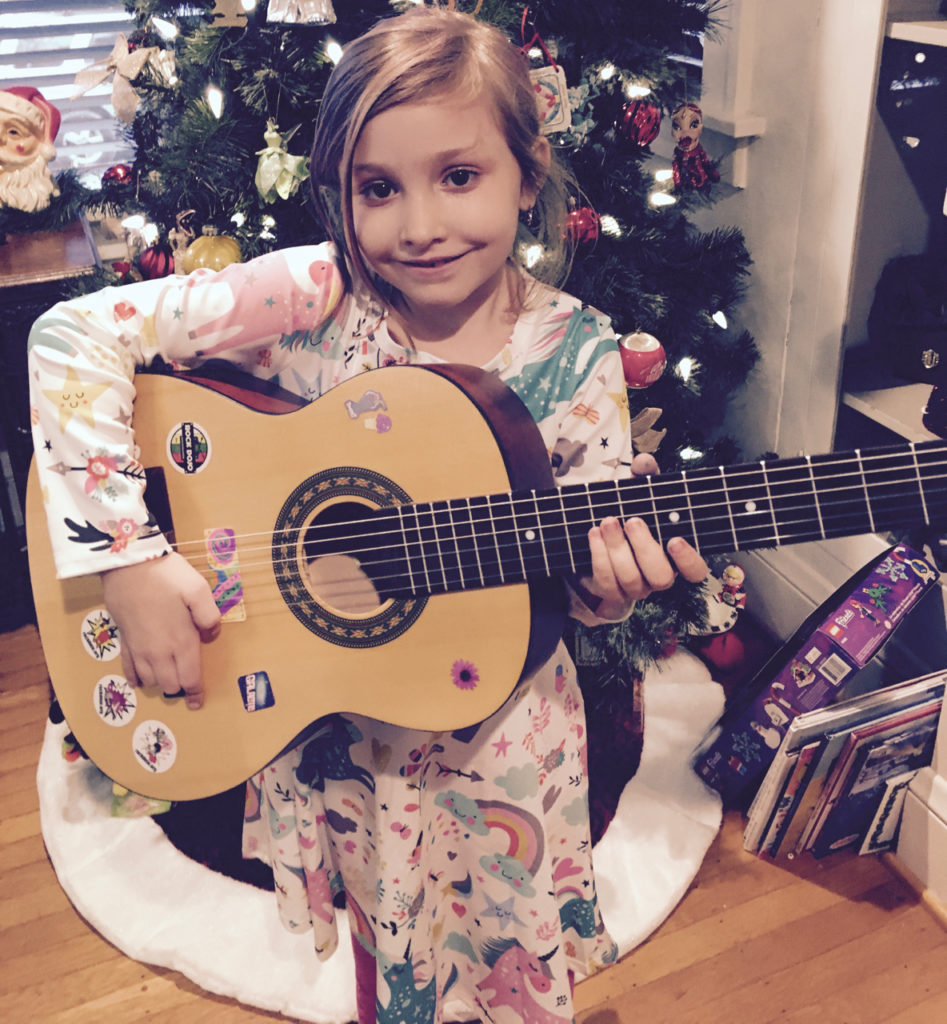 Welcome back to our latest series: Your First Five Guitar Chords for Kids. Over the last few weeks, you learned how to read chord diagrams for guitar and how to play the E major chord in open position on the guitar. During this guitar lesson for kids, you’re going to learn your second open position chord: A major.

Before we dive in, however, let’s talk about open position guitar chords.

What is an Open Position Guitar Chord?

An open position guitar chord is any chord that includes one or more strings that are not fingered. In the following chord diagrams, the O’s represent open strings, while the X’s are telling you to avoid those strings. As you can see, the open position A chord has two open strings (represented by the O’s on the A and high E-strings.) Whereas the F chord is a closed position because every note of the chord is being fingered, aside from the low-E and A strings that are not being played.

If you’ve ever seen The Waterboy, then you know Kathy Bates once said, “Foosball is the devil!” Most people don’t know this, but she really meant to say, “The closed position F chord on guitar is the devil!”As such, it should be avoided at all costs! If you’re over 13-years-old old, go watch the Waterboy. You can thank me later! 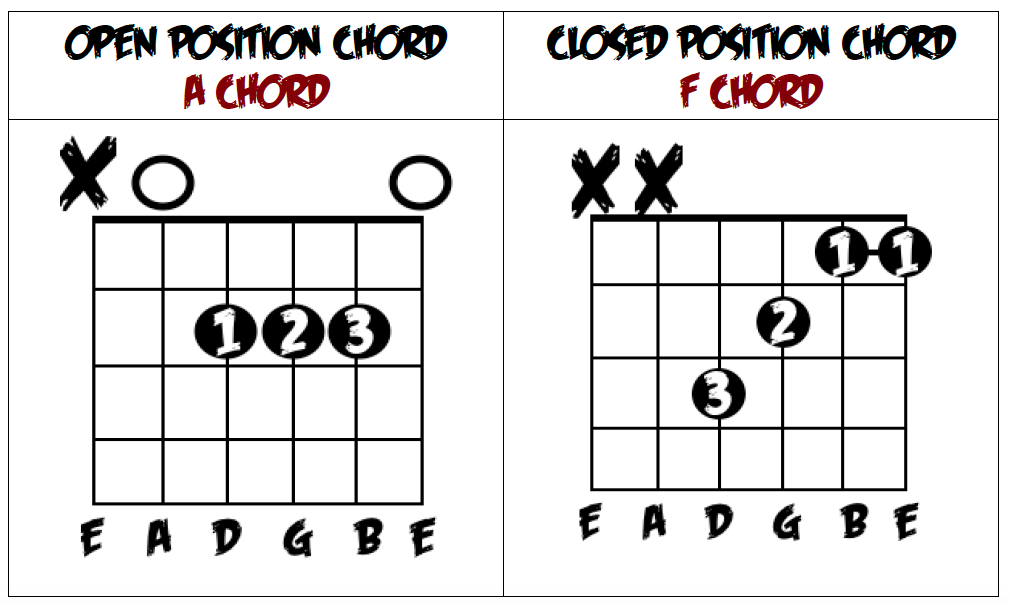 What is an A Major Chord?

Why Should I Learn the A Major Chord?

Next week, you’ll learn your second guitar chord: the A Major Chord! Once you have two chords in your arsenal of musical destruction, you’ll be ready to learn a handful of tunes! In the meantime, you can contact us on the Rock Dojo Facebook page if you have any questions!