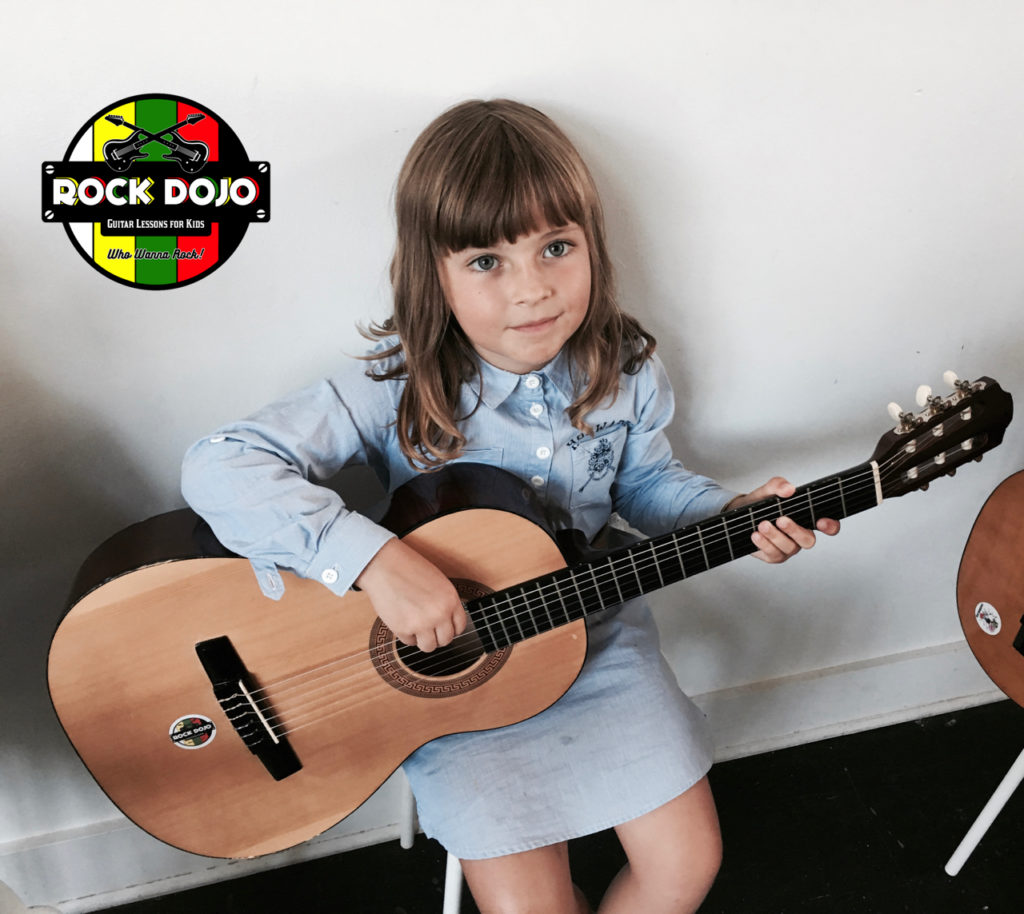 Welcome back to Your First Five Guitar Chords for Kids! Over the last few weeks, you learned:

Today, you’re going to learn how to play one of the most popular guitar chords of all: G major! If you’re ready to rock, then it’s time to get started!

What is a guitar chord?

A chord is three or more notes played on the guitar at the same time. There are many different types of guitar chords. Major chords sound happy. Minor chords sound sad. Dominant chords sound bluesy. And suspended chords sound ambiguous. For the purpose of this series, we’ve been focusing on the open position chords in major keys because they’re often the easiest to play and the most popular.

What is the G major chord?

Major chords are built from the first, third, and fifth-degree of any major scale. Therefore, the G Major Chord contains the notes G (the root), B (the third), and D (the fifth.) On a side note, the third degree of any scale is the most important note because it determines if the chord is major or minor, but that’s a topic we’ll cover on another day!

Next week, you’ll learn how to play the fifth and final chord of this series: C major. In the meantime, you can contact us on the Rock Dojo Facebook page if you have any questions!