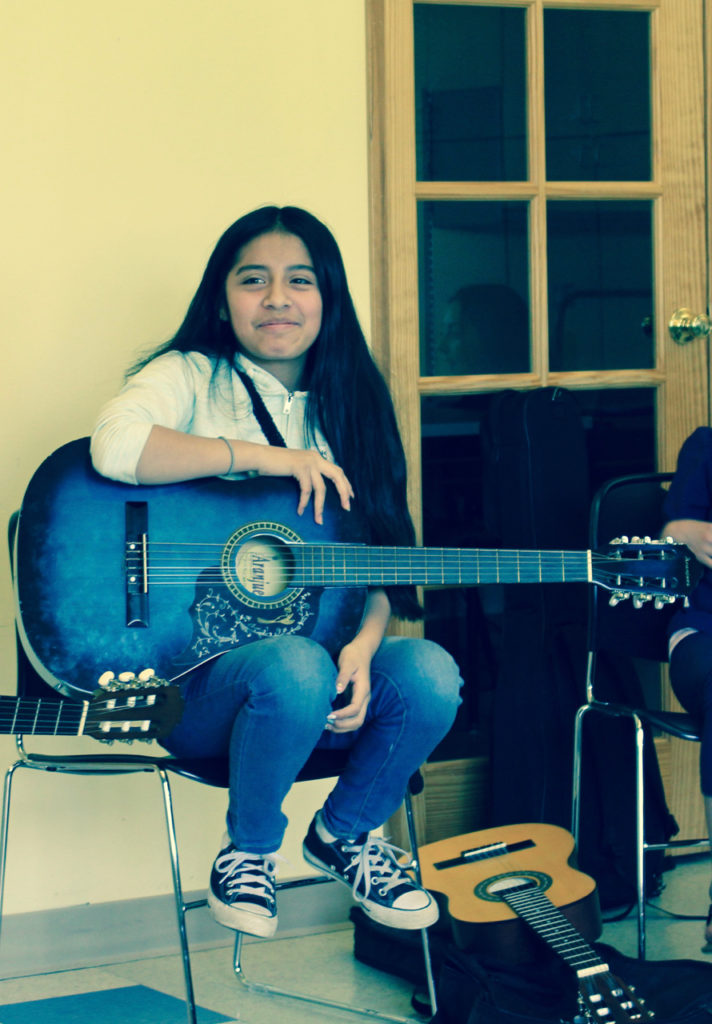 Welcome back to Rock Dojo guitar lessons for kids. During the first three installments of this series, Your First Five Guitar Chords for Kids, you learned how to read chord diagrams and play the E & A major chords in open position. In today’s lesson, you’ll learn the D major chord. Ready? Okay, let’s get started!

The D major chord in open position is perfect for kids because it’s found in hundreds—if not thousands—of popular songs and it’s fairly easy to learn. If you recall, a chord is a group of three or notes played together at the same time. The D major chord is built from the root, the third, and the fifth of the D major scale. The D major chord contains the notes D (the root), F# (the third), and A (the fifth).

Why Should I Learn the D Major Chords?

There is only one time-tested, guaranteed way to learn how to play guitar chords: practice. Lots and lots of practice. Fortunately, there are a few basic principles you can leverage to maximize your practice time. For today’s lesson, let’s focus on the principle of growth and development. How do baby’s learn to run? First, babies learn how to turn over. Then, they learn how to crawl. Next, they learn how to walk. Finally, they can learn to run. Can you imagine a baby running before it could turn over? It’s absurd!

Well, the guitar is no different. When you’re learning any chord on the guitar, practice it in stages. First, learn how to finger the chord grip first. Second, practice the chord grip in time. Then, take your hands off the guitar. And repeat many, many times. Third, try strumming whole notes in time with a backing track. I recommend removing your hand from the guitar fretboard every other measure. Once that’s easy, try adding a strum pattern to the chord.

By now, you probably have the idea. The key is to practice guitar chords it in stages!

Next week, you’ll learn how to switch between the E, A, and D major chords. That’s when things start getting really interesting! In the meantime, you can contact us on the Rock Dojo Facebook page if you have any questions!