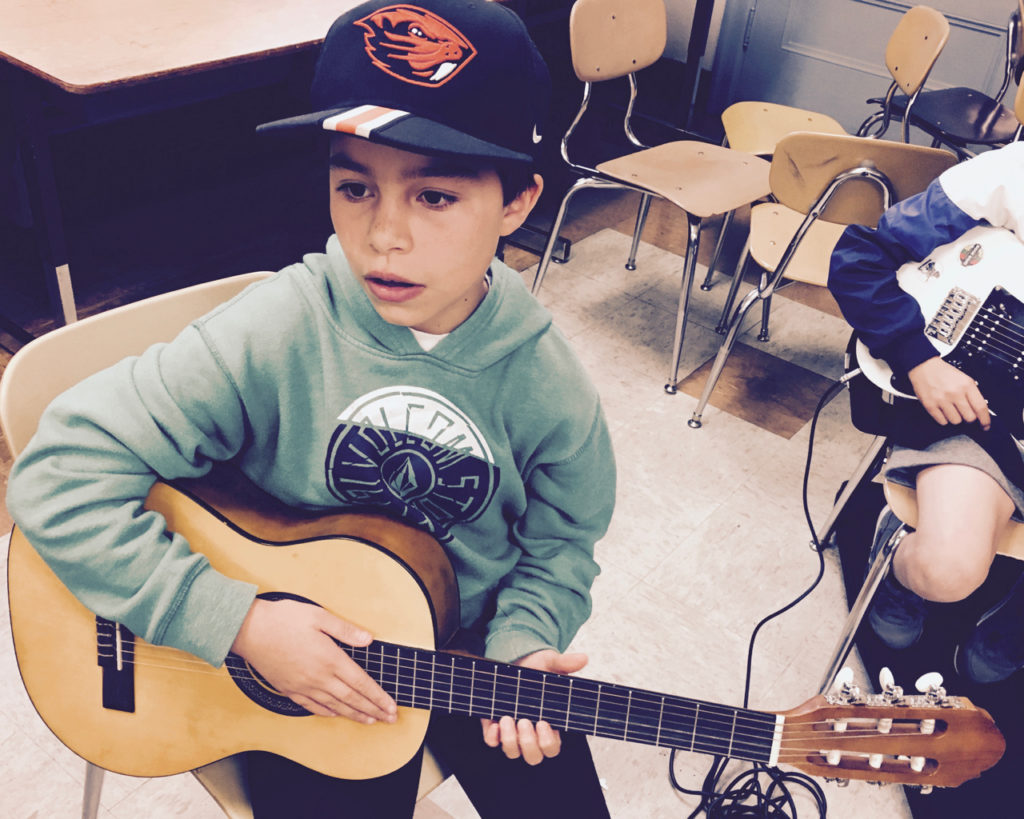 Welcome back to the Rock Dojo newest series of guitar lessons for kids: Your First Five Guitar Chords for Kids! You’ve already learned five of the greatest guitar riffs of all-time, now it’s time to tackle guitar chords. Over the next few weeks, you’ll learn five must-know guitar chords for kids. Before we dive, however, you’ll discover the answers to three crucial questions: What is a chord? How are they constructed? And how do I read a guitar chord diagram?

If you’re not a guitar geek like me and you don’t care about all that background information, then feel free to skip ahead to the video lesson!

What is a chord?

A chord is three or more notes played at the same time. There are many different types of chords like major chords, minor chords, suspended chords, dominant chords, etc. For the purpose of this lesson series, however, you’ll be learning the most common chords of all: major and minor triads. Without boring you to death with the music theory behind a triad, just think of it as a three-note chord containing the root, the third, and the fifth of any major scale.

In this case, we’re in the key of E major. That means an E major chord contains the root (E), the third (G#), and the fifth (B.) If you don’ understand the theory, don’t worry about it! On the guitar, these translate into shapes that are easy to play and memorize.

How Do I Read a Guitar Chord Diagram?

The example below is an A Major Chord!

Now that you know how to read a chord diagram for a guitar, it’s time to learn your first chord!

Which Chord Should I Learn First?

Next week, you’ll learn your second guitar chord: the A Major Chord! Once you have two chords in your arsenal of musical destruction, you’ll be ready to learn a handful of tunes! In the meantime, you can contact us on the Rock Dojo Facebook page if you have any questions!