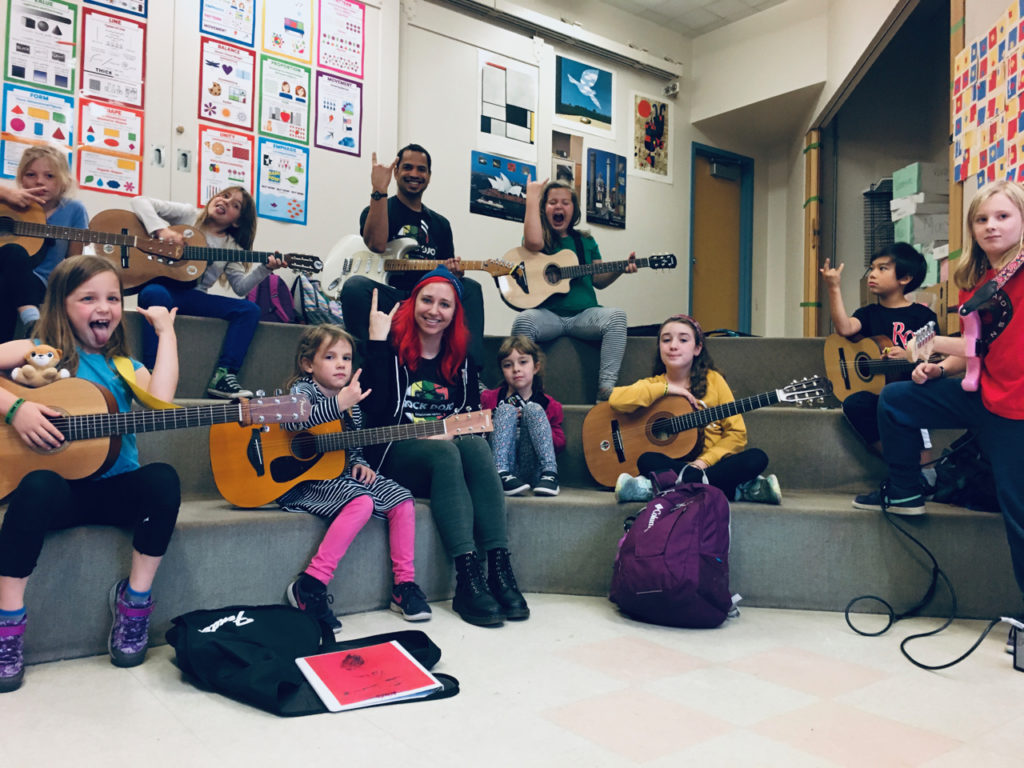 Over the last four weeks, you’ve learned some classic rock riffs for guitar. From the Peter Gunn Theme to Iron Man, you now have a handful of songs you can play on the guitar to impress your family and friends. In the final lesson of this series of guitar lessons for kids, you’re going to learn another classic riff that sounds just like Joan Jett’s “I Love Rock ‘n’ Roll!”

In case you’ve forgotten, a riff is a short musical phrase that’s repeated again and again. The best guitar riffs are singable, memorable, and instantly recognizable. During your first five guitar lessons for kids, you learned some classic “soundalike” riffs like Smoke on the Water and Seven Nation Army.

“I Love Rock ‘n’ Roll” was originally recorded by the Arrows in 1975.  Lead singer, Alan Merril, wrote the song “as a knee jerk” response to the Rolling Stones classic, “It’s Only Rock ‘n’ Roll (But I Like It!).” Joan Jett first watched the Arrows perform it live on television while she was touring with her band, the Runways, an all-girls teenage American rock band.

She later recorded “I Love Rock ‘n’ Roll” in 1979 with two members of the legendary punk band, the Sex Pistols. In 1981, she re-recorded the song with the Blackhearts. It just goes to show the third time really is the charm because “I Love Rock ‘n’ Roll” soared up to the number one spot on the Billboard Top-100 staying there for seven consecutive weeks.

The single went platinum, which represents two-million records sold, and Joan Jett’s version of the song was inducted into the Grammy Hall of Fame in 2016! Britney Spears even recorded a version of the classic rock anthem on her 2002 album, Britney.

The Rock Dojo offers award-winning, introductory-level guitar lessons for kids after-school in Portland, Beaverton, Hillsboro, and Lake Oswego. You can check out the Rock Dojo FAQs to learn how our colored-belt systems works (hint: it’s like karate. As your students improve on the guitar, they graduate belt levels just like the martial arts). Do you have a specific question about our guitar lessons for kids? Drop us a line at (503) 484-6417.