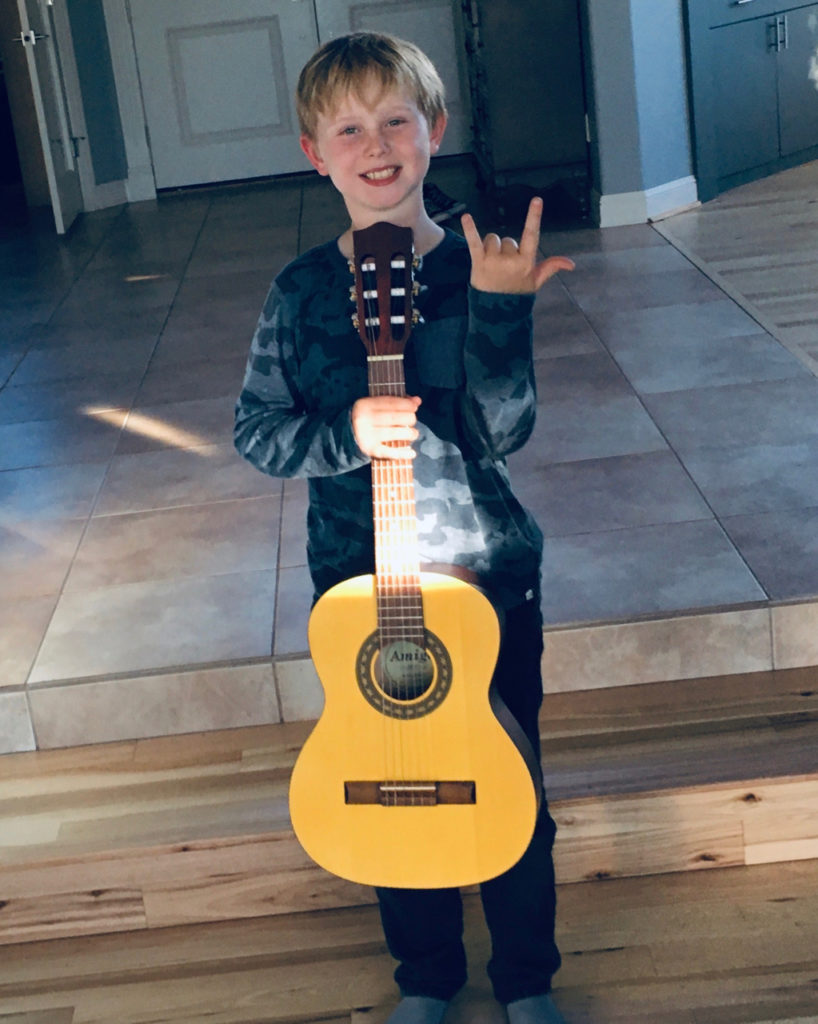 At the Rock Dojo, we love to reward our students’ hard work, positive attitude, and musical progress on the guitar. Whether they’re helping other students during the Rock Dojo after-school group guitar classes in Portland, OR, or meticulously tracking their progress in the practice room, our students of the month have excelled in the classroom and the practice room setting positive examples as role models and team players for the classmates.

Student of the Month Criteria

Meet the Students of the Month | September 2019

Congratulations to Julian, the Rock Dojo students of the month! Over the course of five private guitar lessons, nine-year-old Julian learned:

In fact, once he learned to read the guitar tab, Julian learned two or three new songs on his own each week including “The Peter Gunn Theme,” “Brain Stew, and “Smoke on the Water.” As teachers, we were so proud when we discovered Julian learned to play Happy Birthday on his own and performed it on his dad’s birthday!

Julian earned three-stripes on his yellow belt, which means he’s just one stripe away from a green belt.

“If I earned a black belt,” Julian says, “I would help other kids learn to play the guitar.”
Your kid can get a black belt in rock, too!
REGISTER TODAY!