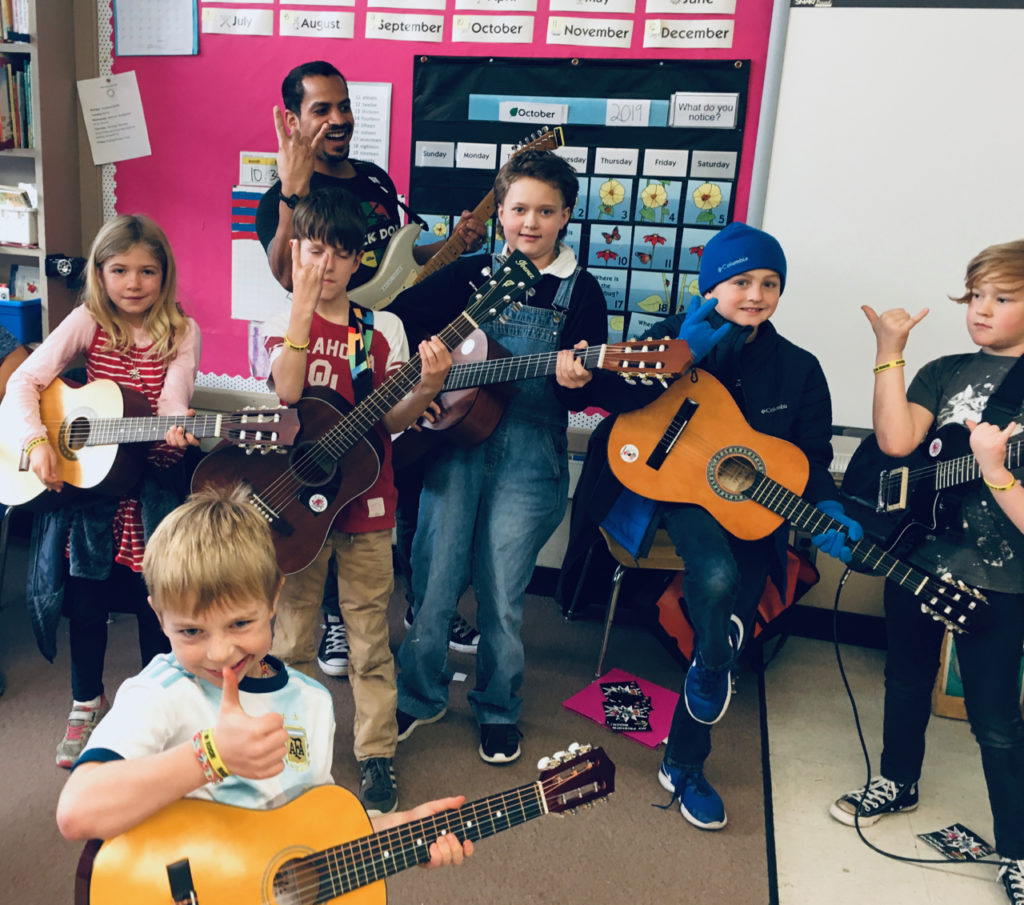 In this series of guitar lessons for kids, you’ll learn to play your first five guitar riffs. Each one of these five riffs is easy to learn and fun to play. Most importantly, each riff represents a small win. With each victory, you’ll begin building momentum for success. After all, success is built on creating and celebrating small wins every day, whether it’s in the classroom or on the guitar.

Riffs are the short, repeated musical phrases that keep you coming back again and again to your favorite songs. From Suzie Q to Seven Nation Army, a great guitar riff can grab you by the scruff of the neck and pull you all in! Riffs are great to learn on the guitar because they’re often easy to play, instantly recognizable, and immediately rewarding.

Written and produced in 2003 by Jack White of the White Stripes, Seven Nation Army is undeniably one of the greatest guitar riffs of all time! The recording features Jack White on a semi-acoustic guitar played through a Whammy Pedal lowered one octave. After Jack White wrote the signature riff of Seven Nation Army, he showed it to his friend, Ben Swank, who said, “It’s OK.”

Jack White later said, “I didn’t think the rhythm was that great, either.” If there’s a lesson to be gleaned from Seven Nation Army’s humble beginnings, it’s this: “Kids, save your guitar riffs. Even if you or your friends don’t like them. You never know when one of them will break through and reach millions!”

In this case, Seven Nation Army has become a sports anthem across the world. For example, FIFA named it the official song of the 2018 World Cup and Rolling Stones ranked it the 21st on its list of 100 Greatest Guitar Songs of All Time.

Your kid can get a black belt in rock, too!
REGISTER TODAY!

Check out our Favorite Beginner Guitar for Kids

This is a great starter guitar for learning how to play. Perfect for any budget.

Sign up for Rock Dojo after-school guitar lessons today in Portland, OR. Want to learn more? Check out Rock Dojo’s FAQs and learn how our colored-belt systems works (here’s a hint: it’s like karate and you graduate with a black belt). Do you have a specific question about our guitar lessons for kids? Drop us a line at (503) 484-6417.