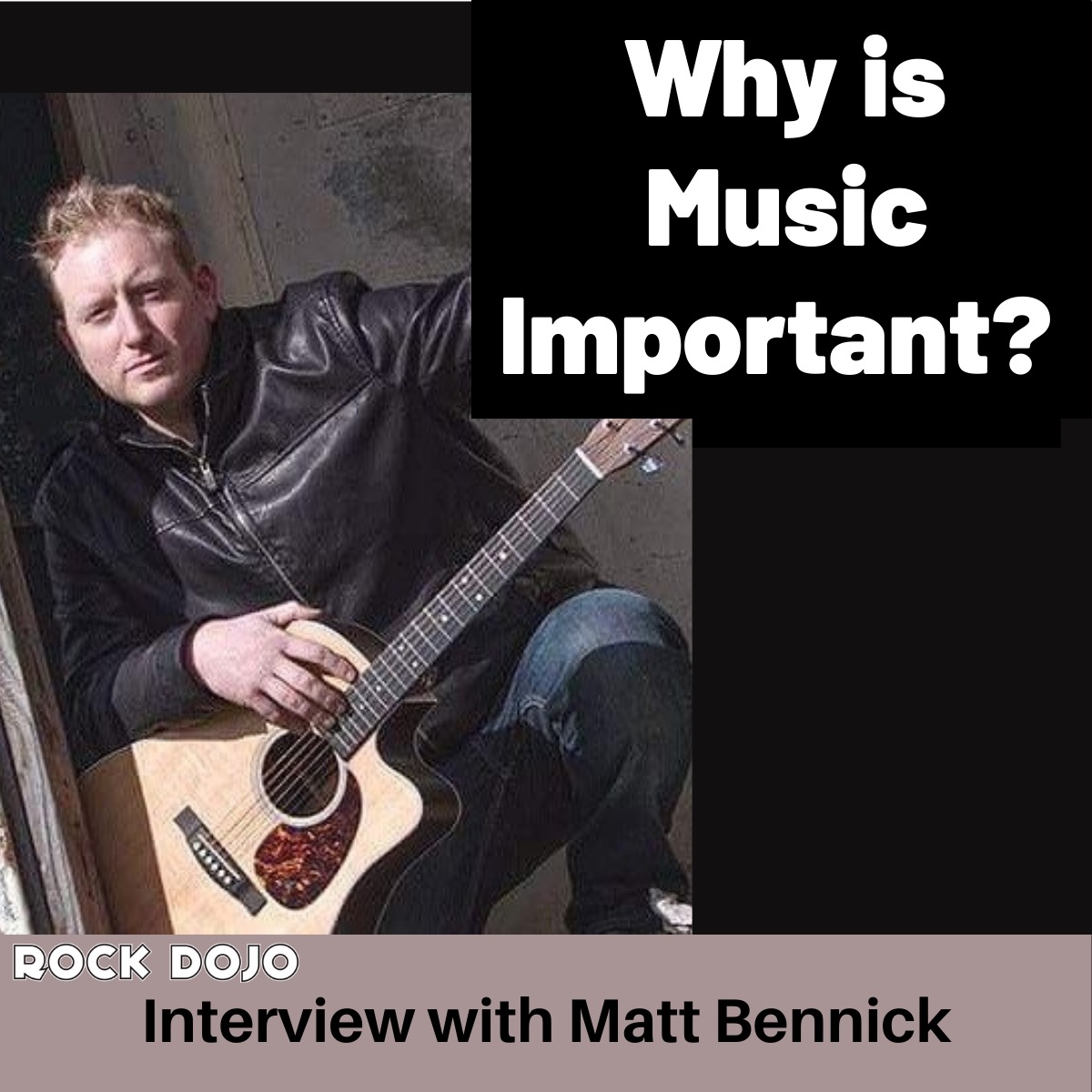 Why is Music Important?

Why is music important? We think about that question a lot at Rock Dojo. That’s because music classes are often the first programs cut when public schools make funding cuts. For that reason, I put together a series of interviews with leading music educators, musicians, and artists to talk about the benefits of music education.

In today’s edition of “Why Is Music Important,” I sat down with blues guitar master and music educator Matt Bennick to discuss the benefits of learning to play the guitar or any other musical instrument.

At the age of seven, Matt Bennick began playing the guitar. He honed his chops as a student of blues guitar legend Clarence Spady. His unique style is a blend of funk, jazz, and soul with a strong blues influence. In 2009, Matt won The Guitar Center Scranton’s King of the Blues award. His guitar playing is most often compared to Robben Ford and Larry Carlton.

Why Is Music Important?

How can parents integrate music education into the child of their kids?

Foremost, Matt believes music lessons should be fun. He does that by tying guitar lessons to the students’ goals and interests utilizing priority practice such as scales and chords as a warm-up and cool down. That way, students learn the fundamentals of music theory and guitar playing almost effortlessly. “I make the not-so-fun stuff fun,” Matt says.

If you’re ready to get your child started playing the guitar the right way, then it’s time to sign up for the Rock Dojo on-demand guitar lessons. The Rock Dojo’s on-demand guitar lessons for kids bring the benefits of music education directly to your home at a fraction of the cost of traditional guitar lessons. The white belt level is the first of five guitar curriculums for kids. Over the course of twelve video lessons, students learn the foundations of playing the guitar that will last them a lifetime. Sign up today!