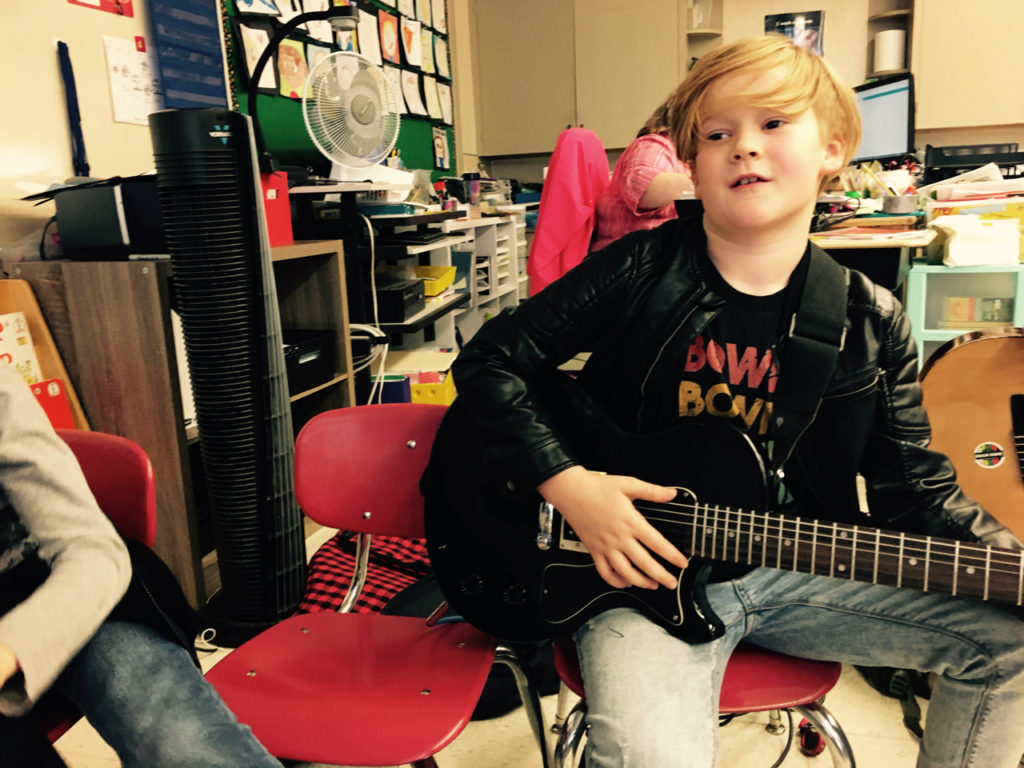 At the Rock Dojo, we love rewarding students for their hard work and achievements. That’s why we choose one student per month who worked hard in the practice room, helped others in the classroom, and set a positive example for other students! In other words, meet the student who rocked hardest on the guitar and in the classroom this November!

Student of the Month Criteria

Meet the Student of the Month | November 2019

Congratulations to Ezra, the Rock Dojo student of the month! Ezra has been learning to play the guitar for the last nine-weeks in our after-school program at Alameda Elementary School. Since enrolling into our after-school guitar lessons for kids, Ezra has learned:
When you hear Ezra play the guitar, the first thing you may notice is his impeccable sense of groove and steady foot stomp. This third grader attributes his sense of time to his drum lessons, which he started before enrolling in the Rock Dojo after-school guitar lessons for kids.
Ezra has some advice for kids who are just learning to play the guitar. He says, “When you pick up the guitar, you’re going to be tempted to strum all the strings, but maybe you should focus on pressing down your fingers and getting clean notes.”
When asked what he likes most about the Rock Dojo after-school guitar lessons, he says, “I like learning songs because they’re really helpful. When I first started out, I learned a few chords, and I would test it out and what sound they would make if I mixed them up with each other. But now, I’m learning songs, which I think is really fun!”
Suffice to say, Ezra is well on his way to earning his black belt in rock!
Your kid can get a black belt in rock, too!