A Personal Journey To Music

But you can read about that yourself at Music Matters or by visiting the Arts Education Partnership, who has done extensive research about the lifelong benefits of music education.

Instead, I’m going to tell you a personal story: my journey to music. It’s a hard story to tell because it’s a human story.

When people learn about the Rock Dojo after-school guitar program for elementary school students in Portland, OR, they assume I must have studied guitar my whole life. Nothing could be further from the truth.

On the contrary, my passion for music education is in part inspired by a total lack of access to it as a kid.

Growing up in a coal miner’s town in Pennsylvania, I dreamed of two things: rockin’ out on the guitar and kickin’ butt in the martial arts. Unfortunately for me, I was raised by a single mom struggling to put food on the table for five kids. Suffice it to say, music lessons and martial arts classes were not on the itinerary in our family. 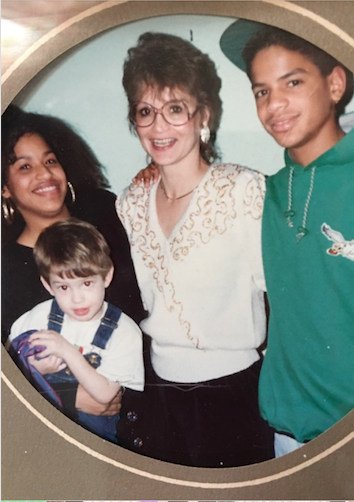 While there was no music in our lives, there was a lot of joy in our house until my big brother was killed by a drunk driver. After that, our family spiraled into a decade or more of depression, isolation, and chaos.

For me, all of that changed when a friend introduced me to Pink Floyd’s “The Wall” when I was 17. There was something magical about that movie for me at that time in my life. Maybe it was my first time hearing the wailing of David Gilmore’s guitar, or maybe it was Pink’s descent into madness that captured all the dread and loneliness of poverty and personal tragedy.

But that movie sparked something in me that’s been alive ever since: a passion for music and self-expression through rock guitar.

The moment the credits rolled, I gathered all my savings and literally ran to the pawn shop to purchase a used Yamaha acoustic guitar. The action was too high, and the body was too big for me, but I didn’t care. I had a guitar, and it was my lifeline to the world.

I carried that guitar around with me wherever I went. I remember sitting in the streets at two-thirty in the morning playing badly through every Pink Floyd guitar tab I could get my hands on.

When I played the guitar, all of my troubles faded away. All the hardship, all the limitations, all the frustrations vanished. All that was left was a world of possibility. With a guitar in my hands, nothing was impossible. In the process of learning to play the guitar, I was slowly becoming whole again. Over the course of that year, I would spend six, seven, eight hours a day playing the guitar. In the process, I was finding my voice, but I was not the only one.

I bought my little brother, TJ Bell, a guitar for Christmas around the same time. While I was using the guitar as a source of healing, TJ was following a much different path. It turns out, TJ was on his way to becoming a rock star.

Music is a Source of Identity

Remember when I said this was a human story. Well, humans are—after-all—imperfect. Being human, I made the single, greatest mistake of my life: I quit the guitar. My little brother, however, stuck with it.

I remember him slowly, methodically working his way through classic heavy metal bands like Iron Maiden & Social Distortion with a guitar in hand. At the end of the week, he’d go jam in his friend’s basement. By the time he was thirteen or fourteen, he was playing in clubs around town. By sixteen, he won an international battle of the bands competition sponsored by Ernie Ball. 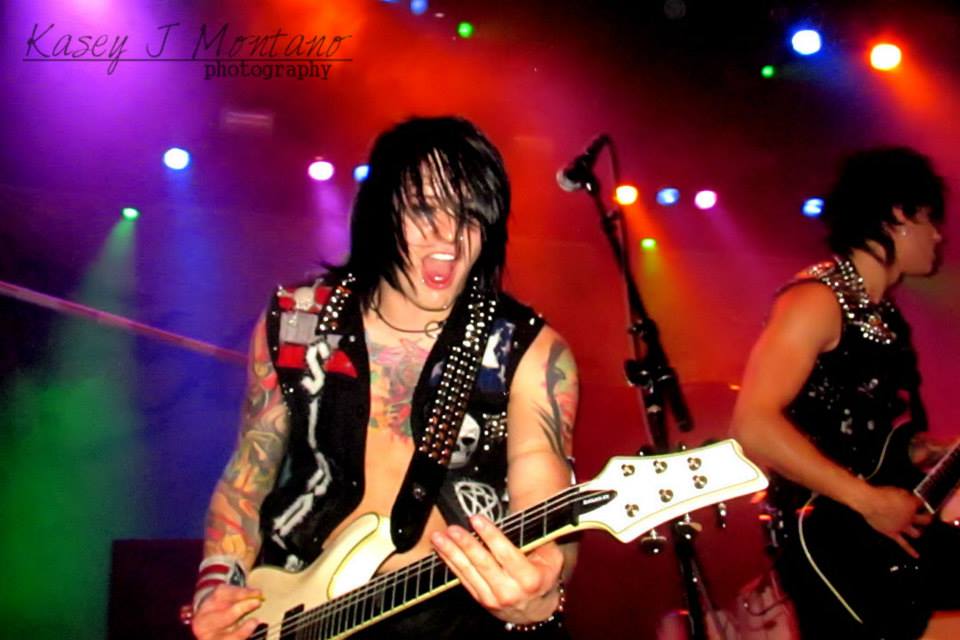 For TJ, I believe the guitar was a source of identity at a critical period in his life. Even if he didn’t have money, he could rock on the guitar. Even if his mom was a wreck after losing a son, he could make music with his friends. And it turns out, he found a huge audience around the world for his music.

While TJ was touring the world with Motionless in White and later, Escape the Fate, I was slowly finding my way back to the guitar. At the time, I was living in San Francisco trying to figure out what I would do with my life. While I had a full-time job as a gym manager, I was all alone in a big city struggling to get by.

There were days—and strings of days—when I couldn’t afford to eat. That’s what I remember most of my time in San Francisco: an incessant hunger. I was hungry all the time. Not just for a hot meal. No, I was hungry for knowledge, excellence, success. It was then that I rediscovered the guitar through a group guitar class at the San Francisco Community Music Center.

This time, I was older, wiser, and more experienced. This time, I recognized my special connection with the guitar, and its unique ability to help me heal, self-express, and achieve success not just on the guitar but in every area of my life.

That’s the essence of success: set a vision, find a mentor, put in the work, analyze the results, try again.

On paper, it’s dead simple. Living it, however, is the achievement of a lifetime.

Learning to play the guitar taught me how to live those principles. I still show up each day in the practice room. I set my vision. I surround myself with the brightest, most talented musicians I can find, and I work my ass off!

Since I rediscovered the guitar in San Francisco, I have written and published three books, named the 2018 Rising Star of Oregon, recognized as the 2018 Teacher of the Year, and celebrated my tenth year of marriage to the woman of my dreams, who coincidentally encouraged me to sign up for that guitar class at the community center in San Francisco when I was a gym manager, and we were only dating.

“From one thing (the guitar), I know ten thousand things (the fundamental principals of success)!

Sign up for Rock Dojo guitar lessons today. Want to learn more? Check out Rock Dojo’s FAQs and learn how our colored-belt systems works (here’s a hint: it’s like karate and you graduate with a black belt). Do you have a specific question about our guitar lessons for kids? Drop us a line at (503) 484-6417. Sign up for after-school guitar lessons in Portland, OR, on the Rock Dojo Find a Class page.