Which Guitar Chords Should I Learn Next? 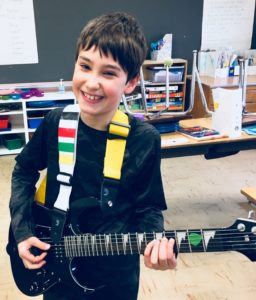 When you’re just starting to learn guitar, it’s hard to know where to start. There are hundreds of scales and thousands of chords to learn. For that reason, mastering the guitar can keep you busy for the rest of your life!

Fortunately, there are only a handful of scales and chords you need to learn in order to get in the game! If your goal is to play rock guitar, write your own music, or play in a rock band, then a few easy chord grips and two popular scales can take you from the practice room to the main stage in a matter of months rather than years.

Which Guitar Chords Should I Learn First?

Without doubt, the first chord shape you should learn on the guitar is the moveable power chord. If you mastered the moveable power chord, then it’s time to tackle the triad.  However, some triads are easier than others, so I suggest you start with A, D, & E. (For the love of god, stay away from the dreaded F chord at all costs when you’re just getting started learning to play the guitar!) 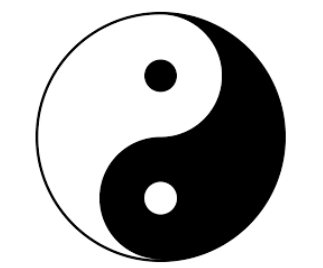 In many ways, major and minor triads are mirror opposites. In Chinese philosophy, these contrary aspects of nature are known as the Yin and Yang. According to the Tao Te Ching, “Difficult and easy complement each other. Long and short define each other. High and low oppose each other. For and aft follow each other.”

For the purpose of this article, you’re going to ignore minor triads and learn to play A, D, & E major triads. Why those three chords? Because A, D, & E major are easy to play, they sound great together, and you can play more than 60 songs with them according to Guitar Player Box!