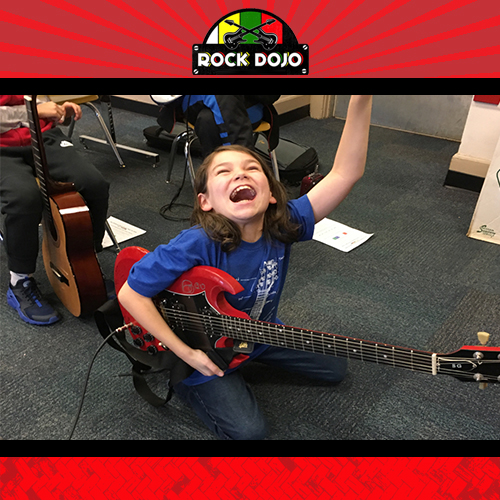 Believe it or not, you can be awesome at anything you do! Whether it’s math and science, Minecraft, or playing the guitar, simply follow Dr. Tasha Eurich‘s three steps for radical improvement, and you will make the leap from ordinary to extraordinary!

According to Dr. Eurich, “most people are completely delusional about their skills and capabilities.” In fact, this phenomenon is so common, researchers have a name for it: the Dunning-Kruger effect. Essentially, incompetent people fail to recognize their own incompetence, fail to recognize the extent of their inadequacy, and they fail to recognize genuine skill in others. On the contrary, if you want to be awesome, you’re going to have to outsmart your inner stupid! Start by being honest with yourself, recognize your weaknesses, and work relentlessly on improving them!

Dr. Eurich says, “It’s far better to make progress on one thing then little to none on many things!” So if you’re tackling I V vi IV chord progressions in every key, blues improvisation, and two-hand tapping all at once on the guitar, then you’re covering way too much material!

Instead, focus all of your energy on mastering one skill on the guitar at a time. For example, set an achievable goal like playing through a I V vi IV chord progression in the key of G major at 90 bpm and focus entirely on achieving that goal before moving onto something else.

Let’s face it, learning to play guitar requires hard work! No amount of wishing, hoping, or planning will help you without deliberate and daily practice. As Dr. Eurich says, “The only thing standing between you and awesome is daily practice!”

ABOUT THE AUTHOR: Brian Parham is the founder of the Rock Dojo in Portland, Oregon, where he teaches hundreds of kids between the ages of 6 and 12 years-old to play, perform, and compose their own original music on the guitar in after-school group guitar lessons. He’s also the author of three guitar method books including Guitar for Kids: Rock Dojo The Complete Belt System