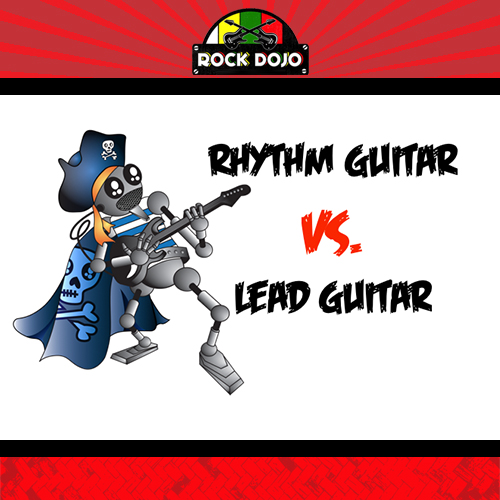 The Role of the Guitar in a Rock Band

Typical rock band lineups feature bass, drums, vocals, and two guitarists. As a matter of fact, a handful of iconic rock bands like Lynard Skynard, Guns N’ Roses, and the Eagles featured three guitarists! So, when you’re ready to play in a rock band, chances are your ensemble will include a second guitarist. When this happens, you should divide the roles and responsibilities by playing rhythm guitar as the other guitarist performs lead or vice versa.

As the rhythm guitarist, you’ll be responsible for laying down a steady groove while playing the chord progression of the song. A great rhythm guitarist can take a simple set of chord changes (like C, G, D, & A) and voice them in a manner that adds interest, character, and expression to the overall sound. Just to name a few, Steve Cropper, Freddie Green, and Bo Diddley are some of the finest rhythm guitarists of all-time.

As the lead guitarist, your responsibilities include: playing melodies, performing fill-in licks between vocal lines, and shredding hair-raising, spine-tingling, mind-melting guitar solos! If you want to become a lead guitarist, you’ll need to have a solid command of scales, licks, and techniques common among all rock guitarists.

Furthermore, you’ll need to develop your ability to improvise (or spontaneously create melodies ‘on the spot’) over chord progressions. Just to name a few, Angus Young, Brian May, and Slash are some of the finest rock lead guitarists of all-time.

ABOUT THE AUTHOR: Brian Parham is the founder of the Rock Dojo in Portland, Oregon, where he teaches hundreds of kids between the ages of 6 and 12 years-old to play, perform, and compose their own original music on the guitar in after-school group guitar lessons. He’s also the author of three guitar method books including Guitar for Kids: Rock Dojo The Complete Belt System